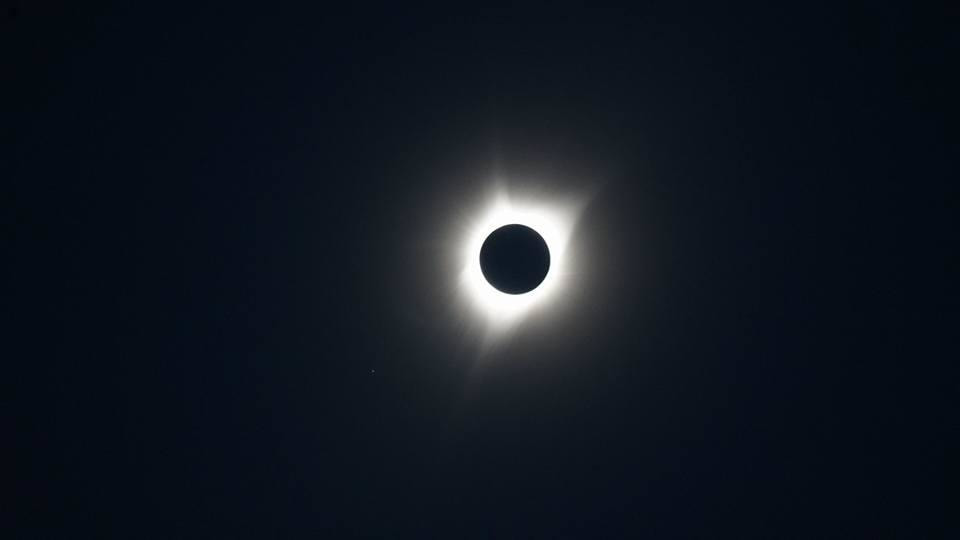 Physics Journal Club is open to all GU community members, meeting weekly to discuss recent developments in physics and related fields.  This semester, we will meet every Friday at 4:10 pm in Herak 318.  Snacks and drinks will be provided.  Even if you have no background knowledge in physics aside from a desire to talk about it with your fellow students and faculty, you are welcomed to attend!  While some papers can be rather detailed, the discussion is intended to be very broad and open to all audiences.  Recommendations for topics of discussion are always appreciated!

Please sign up for the weekly reminder email for ​Physics Journal Club!

Photo caption: As we discussed in a paper during PJC on September 1, 2017, the image above shows the three-pronged corona of the sun during the total solar eclipse, with the star Regulus slightly below and to the left from the sun.  Photo courtesy Ricardo Garza-Grande, taken in Oregon.